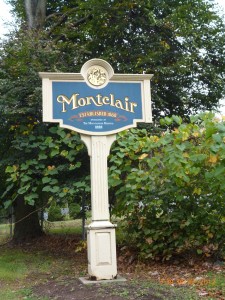 GREAT NJ TOWNS TO LIVE IN: This is the first post in what will be an ongoing series where we review the best towns in New Jersey to live in. Naturally I couldn’t start anywhere else but in my own adopted NJ home town of Montclair.

Nestled on the side of the Watchung Mountains in Essex County, Montclair is one of the most vibrant and colorful towns in all of New Jersey. Situated between a cluster of other towns including Verona, Cedar Falls, Clifton, Glen Ridge, Bloomfield and West Orange, the township borders extends over 6 square miles and includes both Upper Montclair, in addition to Montclair.

Montclair has a culturally and socioeconomically diverse population of approximately 38,000 made up primarily of Whites and African-Americans, but also including Asian, Native Americans, Pacific Islanders and Hispanics. The town is home to a significant number of expats including Brits, French, Germans, Scandinavians and others. Religious affiliations include primarily Catholic and other Christians, Jewish and Muslims. While there is a wide range of socioeconomic groups in the town, Montclair is rated as one of the more affluent towns in the Essex county, which itself has the 5th highest median house prices in the NJ state. The town is known to be a favorite spot for New Yorkers wishing to move away from the city for a better quality family life. This may account in part for the reputedly high proportion of town residents in media and associated industries. Serviced by the NJ Transit via the Montclair-Boonton rail line, Montclair is a large commuter centre having 3 railway stations: Bay St, Walnut St and Montclair University stations. 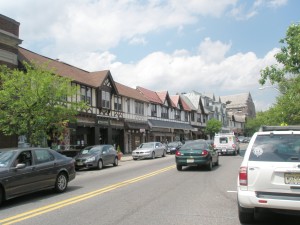 The downtown area of Montclair is centered on Bloomfield Avenue, although there are also shopping strips on Valley Rd, Watchung Ave, Walnut St, the corner of Cedar Ave and Orange Rd and a downtown area in Upper Montclair. Aside from a number of antique furniture, jewellery, and other bohemian-feel shops, there is a wide variety of retailers that sell shoes, clothing, toys, gifts, art, pharmacy items and white-goods. Bloomfield Avenue downtown has two multi-storey parking decks (carparks) that service the commercial centre and there is short-term metered parking widely available. Montclair has a Social Security Centre and a large public library, with a range of different churches and a synagogue catering across different religious groups.

One of the most attractive features of Montclair is its eclectic range of restaurants and cafes. Eateries include Greek, French, Ethiopian, Cuban, Caribbean, Japanese, Italian, Turkish, Chinese, Asian, Thai and Indian cuisines. There are also numerous coffee places and pizzerias. ‘Raymonds’, the main local diner near the Bloomfield Avenue downtown area, is a popular eatery, where you will need to be early to get a seat!

Some other appealing art and entertainment venues include the Wellmont Theatre, Montclair Operetta Theatre, movie theatres, art galleries and the ‘Montclair Art Museum’. 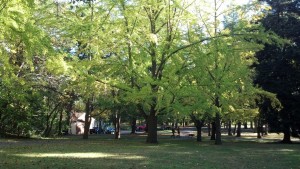 New Jersey is blessed with wide swathes of trees and greenery across the state and the parks found in many counties just add to the total green aura. One of my favorite things about Montclair is Brookdale Park. Originally designed by the same firm who created Central Park in New York, Brookdale Park is the largest and most widely used public green area in the town. It is used for numerous sporting events, walking, picnics, free public performances, fireworks displays as well as containing a dog park and its own rose garden. There are several other parks and reserves including Edgemont, Anderson, Nishuane, Mills Reservation. Good walking tracks can be found in the Eagle Rock Reservation which features a stunning lookout, where on a clear day or night, excellent views of New York and Jersey City can be seen.

Unlike the vast majority of other townships in NJ, Montclair’s public school system is based on a magnet system, where pupils can attend any of the towns elementary (6) and middle schools (3) although there is only one high school. The town is also home to Montclair State University.  Montclair hosts several private educational institutions including catholic and other private schools.

The town has a fairly vibrant, eclectic feel that is aided by the venues for arthouse cinema and music. Montclair has an art and cultural feel to it that may not be present in many other NJ towns. There is a very wide range of socioeconomic groups, perhaps more than some other towns and definitely something different for a Sydney dweller. This, together with its cultural diversity, is one of Montclair’s appealing characteristics for many newcomers.

18 thoughts on “Great Towns to live in NJ: Montclair in Essex County”